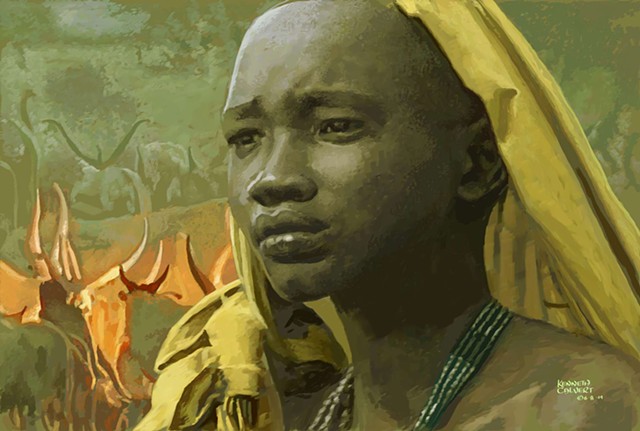 In the African nation of Sudan, Dinka tribesmen celebrate an engagement with a party. During the dowry dance, men try to impress the family of the bride depicted here, by jumping as high as possible.Traditionally, the family of the groom has offered cattle, often as many as 100 animals, to the family of the bride. The Dinka see the animal as the highest form of wealth. Families of men competing for the affection of one young woman would try to outdo each other by offering more cattle than their rivals. Cattle stood at the heart of virtually every important tradition and ceremony in Dinka life. Before the war caused institutions to collapse in southern Sudan, the Dinka were not only farmers and cowherds, but also high court judges and civil administrators and doctors. They were the south's richest and proudest tribe. Click on prints and select my motherland gallery for details and pricing