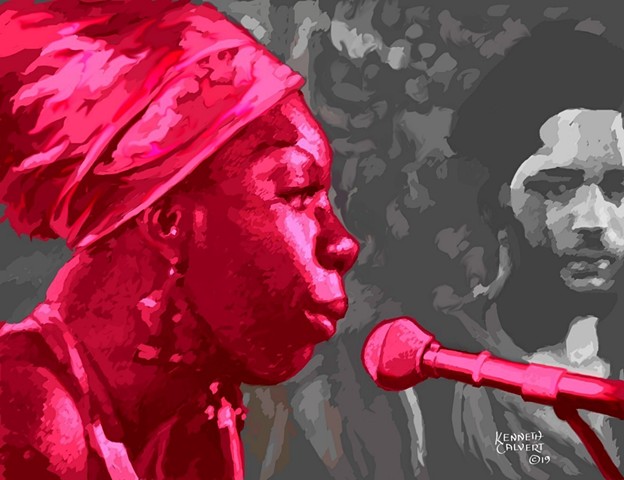 Nina Simone, “The High Priestess of Soul," was one of the most iconic American musical giants of the 20th century. She was a successful singer, musician, pianist, songwriter, and social activist. Nina was Born on February 21, 1933, in Tryon, North Carolina. In 1950, she started learning music at the 'Juilliard School' in New York City but had to drop out of the course due to a lack of funds. Soon, she started performing in night clubs and hoped to build a career in music. Her breakthrough, the 1957 song 'I Loves You, Porgy,' marked the beginning of the Nina Simone era. Her music spanned a broad range of musical styles, including classical, jazz, blues, folk, R&B, gospel, and pop. In the 1960s, she became one of the most popular female music and fashion icons. She enjoyed a career resurgence in the '80s. A staunch Civil Rights activist, she was known for tunes like "Mississippi Goddam," "Young, Gifted and Black," and "Four Women." Simone died in France on April 21, 2003. Click on prints and select my entertainment gallery for details and pricing