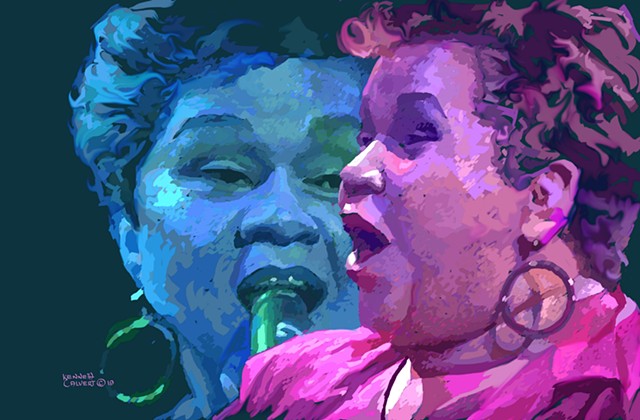 Etta James (1938–2012) was an American singer who performed in various genres, including blues, R&B, soul, rock and roll, jazz and gospel. Starting her career in 1954, she gained fame with hits such as "The Wallflower", "At Last", "Tell Mama", "Something's Got a Hold on Me", and "I'd Rather Go Blind". She faced a number of personal problems, before making a musical comeback in the late 1980s with the album Seven Year Itch. Etta James was inducted into the Rock And Roll Hall Of Fame in 1993 Click on prints and access my Entertainment gallery for pricing and details.