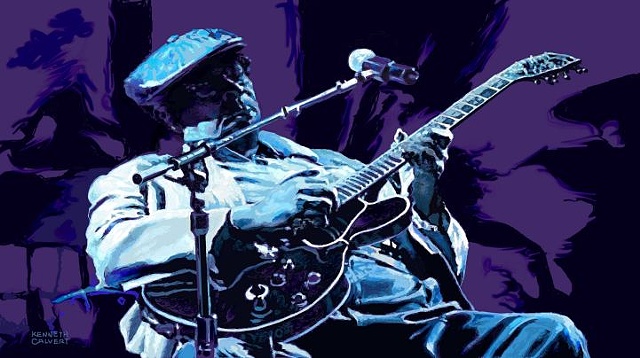 King is considered one of the most influential blues musicians of all time, earning the nickname "The King of the Blues", and one of the "Three Kings of the Blues Guitar" along with Albert and Freddie.[4][5][6] King was known for performing tirelessly throughout his musical career, appearing at more than 200 concerts per year on average into his 70s.[7] In 1956, he reportedly appeared at 342 shows

Click on prints .and select my entertainment gallery for details and pricing